center for IT education and youth Development

Topic: COMPUTER AND INFORMATION TECHNOLOGY-PART1 BY:

Computer is an electronic machine, which has the capacity of accepting data and instructions; Process the data based on the instruction given to it within a very short time and produces it as an output in the very form required by the user. The computer works like a human body system examples: we hear with our ears, we see with our eyes, we smell with our nose and feel with our bodies (these represent an input device in computer). Then, man thinks with the brain (that is processing in

Computer), while speaking with the mouth and working with our hands stand for output devices in computer.

Computer becomes the man’s highest technological achievement on this planet earth that revolutionize almost human endeavor be it partially or completely. This is due to the simple fact that every other technological improvement only comes to seek its linkage to the computer if want to do better. All others have come and gone, but the computer has come to stay till of course the end of the age.

Auwal Nasidi Sadiq                       Different societies embrace the computer technology due to the advantages it has over the former ways of carrying out their operations. At first, it was assumed that the computer was meant to replace human beings but in the actual sense, it was

meant to aid and complement man’s efforts to solving complex problems and problems that seems to be beyond human ability. This present world is commonly referred to as computer age. Journey that would take days or weeks in olden days can take an hour or even minute today. Passing a message from one country to another which could take days or months before, is now done in a matter of seconds. Also, you will not only hear someone talking to you from another continent but you can even see him live as he speaks to you. Technology made all this possible.

Human being can do what a computer can do, but the computer does it faster and more accurately. Therefore, to be relevant in this modern society one must keep abreast with the new development in computer technology because it becomes the parameter used today to measure the level of illiteracy. That is to say if you cannot operate a computer you are simply describe as “illiterate” no matter the chain of degrees you have acquired. 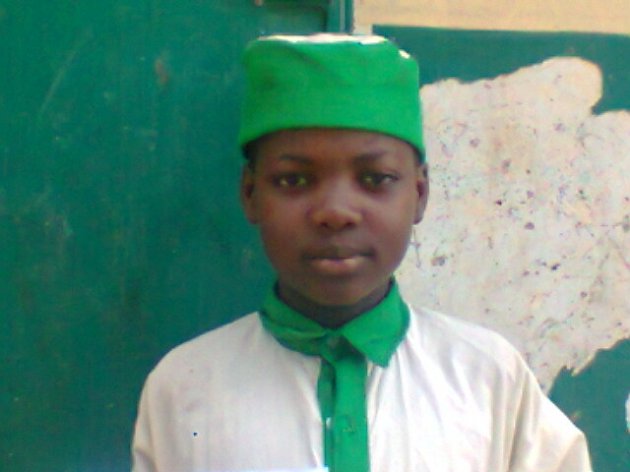 The influence and importance of information technologies ICTs throughout the economy and society can’t be ignore. The former United Nations secretary –General Mr. Kofi Annan stated that “if harness properly ICTs have the potential to improve all aspect of our social economic and cultural life.

ICTs can serve as an engine for development in the twenty-first century (Kofi Annan 2003).

The disparity in access to ICTs between countries and communities is caused by many factors which include: inadequate infrastructure, high cost of access, inappropriate or weak policy, insufficiency in the provision of telecommunication network, language differences, and lack of locally created content (murtala 2004).

The circulation of ICTs in to Africa is at snail’s speed such that the gap between the information rich developed countries and Africa continues to increase every day.

Africa has 13% of the world population, but only 2% of world telephone lines and 1% of internet connectivity measured, in terms of number of internet host and internet users (ogunsola, 2005).

Olubamise 2006 stated that, “all the computers and telecommunication facilities in Africa are not up to 50% of those of New York City in USA.

Life in developed countries is made easy today because of the rightful use of ICT tools in information system management. But developing countries in the other hand are far behind due to the fact that, they are not making the best use of the ICT resources.

Nigeria as far as ICT is concern; the situation is pathetic and disheartening. This is because out of 0.5% internet access found in Africa, as compared with 100% world access, only an insignificant percentage is found in Nigeria.

Also the 18th international conferences of Nigeria computer society revealed that, Nigeria is 65 years lagging behind in ICT development and implementation. The question is that, where is the Nigerian IT policy which stated that, “Nigeria will be an IT capable country in Africa and a key player in the information society by the year 2005”. We are in 2013, Is Nigeria a capable IT country now?

In the name of Allah the most gracious, the most merciful.

Iam very glad this day to stand before you to say some few words on today global development talk especially in science and technology.

Being science and technology are two identical concept, they

brought a great achievement, we all agreed that these co-related concepts assist children world to acquire, retain and apply basic functional, intellectual skills in order to cope with rapid global developmental changes in their reasoning and observation.